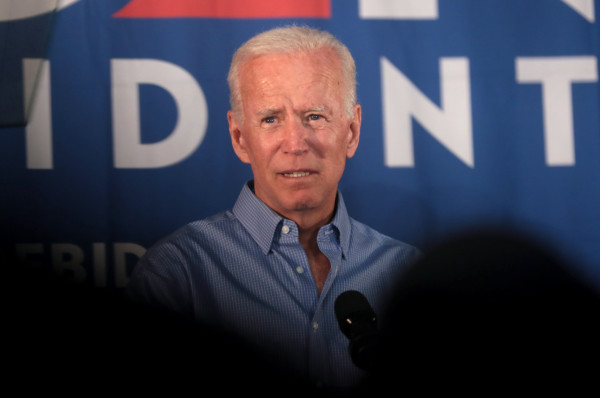 (Gateway Pundit) – Joe Biden is not a strong candidate.

He has low energy, many people are questioning his mental functions, and there is not a tremendous amount of enthusiasm in his campaign.

Tucker Carlson is now predicting that the Democrats will ultimately replace Biden with someone else.

After a slow start in the early primaries, Biden won South Carolina overwhelmingly in late February, rolled to victory on Super Tuesday, and has been unstoppable ever since. However, he still doesn’t hasn’t officially sealed the Democratic nomination, although reaching the 1,991 electoral votes required seems like a formality at this point. Carlson, however, speculated Friday on Charlie LeDuff’s podcast “No BS News Hour” that Democrats would find a way to remove the “in decline” Biden and replace him with a stronger candidate… “I sincerely and totally believe that Joe Biden will not be the Democratic nominee on election day,” Carlson insisted. “I don’t believe that.”… “He shouldn’t be working still,” he said. “I’m not being mean. I know him. I’ve always liked him. But that’s true. And so, those are two trains traveling toward each other at high speed. Two competing imperatives. We’ve got to win, but we’ve got a guy who can’t win. Therefore, they’re gonna replace him.”

Tucker goes on to suggest that the person most likely to be drafted to replace Biden will be New York Governor Andrew Cuomo.

You can see people already talking about this on social media.

Could this actually happen?