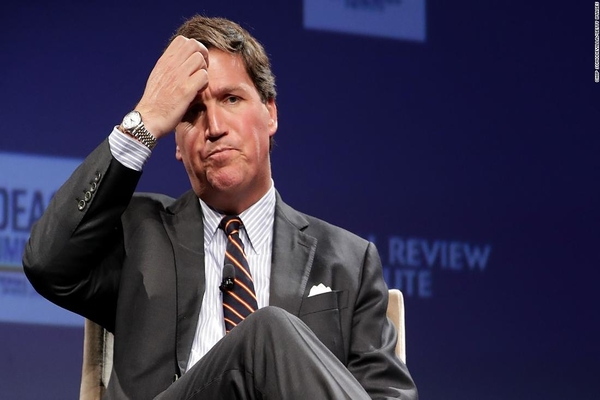 (breitbart) – Thursday, Fox News Channel’s Tucker Carlson sounded off on some GOP lawmakers and their staffers saying the riot at the U.S. Capitol this week by President Donald Trump supporters that resulted in multiple deaths was racist. Some Republican officials are even mulling removing Trump from office in the wake of the chaos at the Capitol.

The “Tucker Carlson Tonight” host questioned what was racist about the group of people storming the Capitol Building. He went on to argue the “main problem” in the GOP is that the money class, much like across the country, “sneer” at the lower class.

Carlson said Trump embraced the lower class, but Republican leaders despise that group. He called on Republican leadership to “wake up” and “push back” against the crackdown on civil liberties in the United States.

This afternoon, a group of Republican staffers on Capitol Hill, lawyers who work for Republican elected officials texted each other and concluded that actually now that we think about it, yesterday’s protest rally really was racist. Yes, it was racist. Those are the people protecting you.

With bodyguards like this, tens of millions of Americans have no chance. They’re about to be crushed by the ascendant left. The people say, oh, I don’t think they should be able to fly on airplanes. What country is this?

Trump brought the party’s ranks noticeably downscale from the country club to the trailer park as they often sneer, and this horrifies them. Many Republicans in Washington now despise the people they’re supposed to represent and protect.

And by the way, it is not just Republican leaders who feel this way, it’s our entire leadership class. It is everyone in charge. You rarely hear it spoken out loud, but this is the truth: a very specific form of intra-white loathing at the core of the reaction to Donald Trump.

Here is what it is: nothing is more repulsive to socially anxious white professionals than working class people who look like them. Proles are their single greatest fear; they remind them of where they may have come from, or where they could be going if things turn south.

So, if you want to understand the hatred, the real hatred, not just disagreement, but gut-level loathing and fear of Trump, in say, New York or Washington or LA, you’ve got to understand that first.

It’s not really Trump, it is his voters. The new money class despises them.

Trump didn’t despise them, and that really was his secret in the end. He didn’t have much in some ways, but Donald Trump did not judge his own voters. In real life, Trump actually ate McDonald’s, that’s true, and they knew it was true and they were very grateful for it. And you’d be grateful for it too if everyone else hated you.

Pretty soon, like 13 days from now, these voters — tens of millions of them — will not have Donald Trump to protect them, they won’t have anyone. And unless the Republican Party decides to wake up and push back against the lies in progress and acknowledge the purpose of those lies, which is an unprecedented crackdown on the way you live, you will have no chance either.