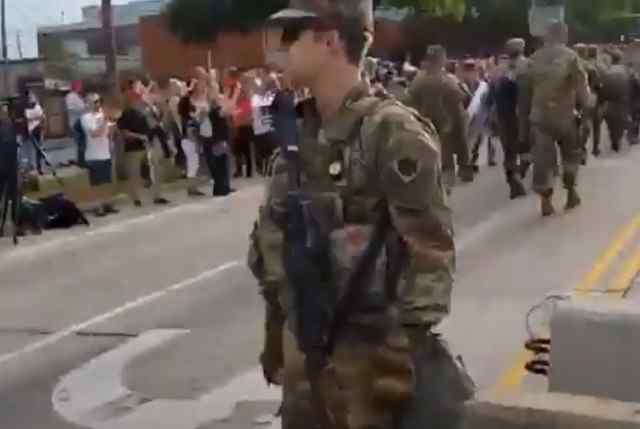 This was a refreshing scene.

The National Guard marched into Tulsa, Oklahoma this morning. They were sent in to keep the peace during President Trump’s rally today and tonight.

The Trump supporters cheered them as they marched into Tulsa.

This is a stark contrast from the treatment our National Guard and police receive in Democrat-led cities.

In Washington DC they were abused, harassed and attacked by the liberal mob.

What a great video:

Video: Trump supporters cheer National Guard as they march into Tulsa to keep the peace at the Trump rally