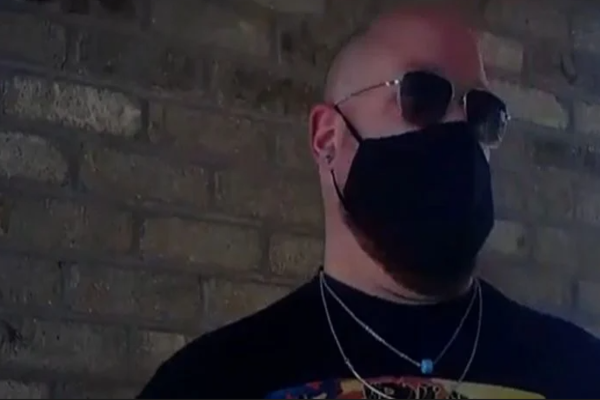 (nationalistreview) – Kristopher Jacks was secretly taped by a Project Veritas operative and, in no uncertain terms, described the violent lengths he was willing to go to prevent a second term in office for President Trump.

From then on, it quickly becomes apparent that Jacks, who is on the Colorado Democratic Party Executive and Central Committees, has a curious definition of morality which includes assault, murder, and violent revolution.

“It’s going to take a strategic hit against the .1% that’s in charge, cause that’s who it is. It’s truly killing random Nazis in the street, random f***ing bootlickers. So, if you want to do some Versailles shit, if you want to do some Antifa shit, you really want to change this country that way, with violence, there’s only one way to do it.”

“YOU GOTTA GET PEOPLE THAT ARE CLOSE TO BILLIONAIRES AND START JUST, RANDOM BILLIONAIRES START TURNING UP DEAD.”

“I do think there needs to be a militant group and I love Antifa for that reason. I love that there’s—you always have to have somebody that’s willing to hold up the flag and say, ‘nope, this is the line in the sand and we’re the one’s holding that line.’

In the 12 minute video, Jacks says he believes that unions became powerful because they stabbed people, but that they no longer need to because “they used to stab people, see?”

“They underestimate how many people on the left are organized, trained, armed and ready to go.”

If Trump is reelected, Jacks says that he will be waiting in his garage, “right next to my gun safe.”

“At that point,” Jacks continued, “that’s when we gotta find like the John Brown Gun Society people. You know there’s going to be, just look at every, look through history, right? Well when it comes to civil war violence type stuff, there are always military guys like former guys that stand up for the right thing.”

The John Brown Gun Club is a militant leftist group whose members patrolled the CHAZ zone in Seattle and were in charge of security when at least two teenagers were shot and killed.

“I believe there is absolutely justified violence in all sorts of circumstances,” Jacks said.