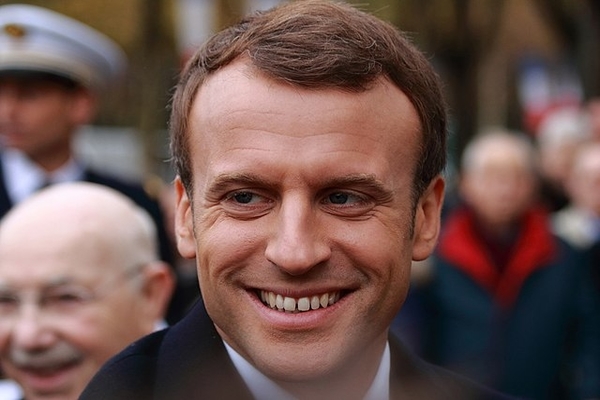 (IL) – French President Emmanuel Macron is trying to sell the French on embracing their own enslavement by telling them it will “own the unvaxxed.”

From Breitbart, “President Macron Says He Wants to ‘Piss Off’ Unjabbed by Banning Them From Social Life With Vax Pass”:

French President Emmanuel Macron has caused outrage after saying he aims to ‘piss off’ the unjabbed in the country by implementing a vaccine pass regime.

“I really want to piss them off,” said French President Emmanuel Macron regarding French unvaccinated during an interview on Tuesday, sparking outrage in the country.

The president made the comments in relation to his government’s plan to implement a vaccine pass regime in France, a plan which has now been repeatedly frustrated, after debate surrounding the measure was suspended again in the early hours of Wednesday morning.

“Me, I’m not for pissing off the French,” The President said, according to a report by Le Monde. “But as for the unvaccinated, I really want to piss them off.”

“And so we will continue to do so, until the end. This is the strategy,” Macron said.

The French president then went into detail as to how exactly he wants to “piss” the unvaccinated off.

“We put pressure on the unvaccinated by limiting for them, as much as possible, access to social life activities,” Macron is reported to have said.

Macron went on to emphasise that “Almost all people, more than 90%, have adhered” to vaccination in France, and that “it is a very small minority which is resistant”.

The French head of state also talked about “the immense moral fault of antivax” and how their actions would “undermine what is the strength of a nation”.

Despite this, the President did draw a line at forcing medical professionals to discriminate between vaccinated and unvaccinated people.

“You cannot place caregivers in front of this,” he said. “Because a caregiver looks at someone who is sick and he does not look at where he comes from, what he is.”

The remarks come shortly after similar ones by the French health minister who said strict vaccine passports were intended to be a form of coercion by design. Olivier Véran said in December that passes are “a disguised form of vaccination obligation… Preventing people from going to bars, restaurants, places that receive the public, if they are not vaccinated, is more effective than fining them €100 when caught in the street.”

This vaccine passport control grid is so unpopular Macron knows the only way to sell it is by telling the suckers who got jabbed that submitting to it will somehow “own the unvaxxed.”

Some libtards are undoubtedly so full of hatred for purebloods they’ll now eagerly embrace it.

That said, the pivot the ruling elites have made from holding up minority rights as the most sacred thing on the planet for the last six or so decades is remarkable. That’s all been completely thrown out the window in favor of brutally oppressing the minority of purebloods who aren’t going along with the system.

Over sixty years of “liberal democracy” and “minority rights” claptrap has been thrown out the window in the span of one to two years.

Now, the only unifying principle these demons hold dear is punishing the good.