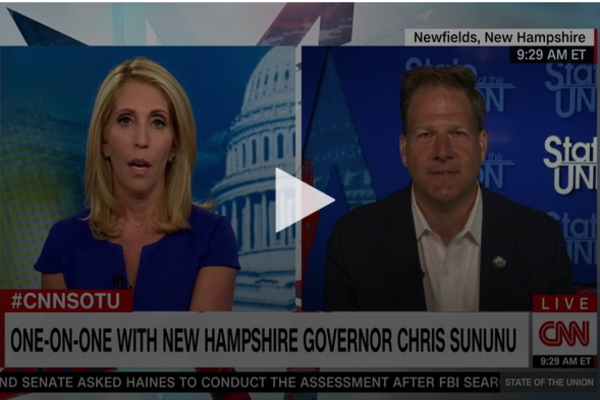 Sununu said, “If you’re going to take unprecedented action and raid a former president’s house, you better have a strategy for unprecedented transparency. I think we’re all concerned about what might be in those documents. Some were classified, some weren’t, what the serious nature was, but show us! You’ve got to be able to show your cards when you’re taking actions like this.”

Sununu added, “Let’s remember this has been a year and a half in the making. Former President Trump has been out of office for going on two years now. You think this is a coincidence just happening a few months before the midterm elections and all that sort of thing? So, you know, this is unprecedented. They had to have an unprecedented strategy, which they clearly didn’t have. They’re on their heels. They don’t know what to do. We want to see the information so we can have this discussion. We can talk about the subject matter with some sense.”