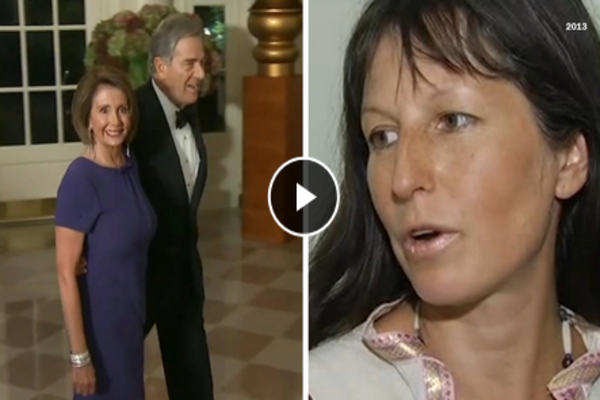 (breitbart) – The ex-partner of the man who allegedly attacked House Speaker Nancy Pelosi’s (D-CA) husband Friday reportedly said he has mental problems, according to ABC 7.

The woman identified herself as “Gypsy Taub,” the former life partner of suspect David DePape. She is also reportedly the mother of his children, the outlet noted Sunday, adding that her name is Oxane Taub.

She gave details about the years they spent together during a phone call from the Californian Institution for Women, which is located in Corona, California. The outlet continued:

“He is mentally ill. He has been mentally ill for a long time,” said Taub, who last year was found guilty on 20 counts, including the attempted abduction of a 14-year-old boy near his Berkeley high school.

Taub told ABC7 News that she and DePape met more than 20 years ago. Together they raised their two sons and her daughter until about seven years ago.

“At approximately 2:27 this morning, San Francisco police officers were dispatched to the residence of Speaker Nancy Pelosi regarding a priority well-being check. When the officers arrived on scene, they encountered an adult male and Mrs. Pelosi’s husband, Paul,” he said.

Both men were eventually taken to a local hospital for treatment.

DePape was wearing only his underwear when officials arrived at the scene and he also reportedly left a manifesto promoting conspiracy theories.

Authorities with the FBI later visited a Berkeley residence linked to the suspect that people in the area call the “hippie collective,” per a report.

“Interestingly, a photo of the outside of the house revealed several signs supporting left-leaning causes, which stands in contrast to attempts to link the attacker to ‘MAGA extremists,’” the Breitbart News article said.

According to the ABC report, Taub, a nudist activist, spoke about a time when DePape came home after vanishing for a year, saying he was not doing well at the time.

“He thought he was Jesus. He was constantly paranoid, thinking people were after him,” Taub recalled, adding it took a while for him to become relatively normal again.

Taub said when they met he did not know much about politics and was in alignment with her own views, which are progressive.