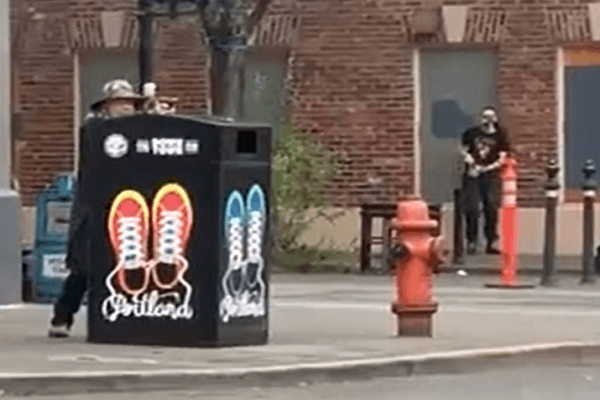 (breitbart) – A gun battle broke out in downtown Portland Sunday evening as Antifa marched on the streets. An unidentified gunman and Antifa exchanged multiple gunshot rounds.

In a second video, the unidentified man is seen taking cover behind a metal box. He appears to return fire as rounds impact on the building behind him.

Portland police officers responded to the shooting and eventually took the man into custody.

It does not appear that anyone was injured in the shootout despite multiple rounds being fired in both directions. A photo shows some damage to a vehicle.

The man reportedly surrendered to police who took him into custody without further incident.

Lana Shadwick is a writer and legal analyst for Breitbart News. She is a trial lawyer who previously served as a prosecutor and family court associate judge in Texas.