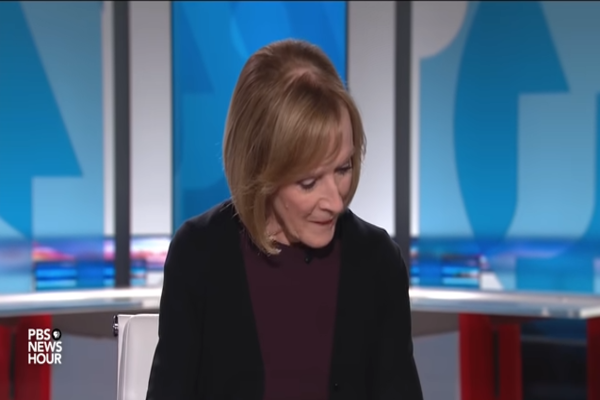 (breitbart) – On Friday’s “PBS NewsHour,” New York Times columnist David Brooks said it’s possible to persuade some people by rephrasing gun control as “gun regulation. Like, we have driving regulation, we have cars, and we regulate the cars.” And stated that there are things like raising the age limit to buy a gun from 18 to 21, background checks, red flag laws, and having unique codes for firearms like the password on a phone “that can be done that are just normal, because we do them for cars.”

Brooks stated, “I think there is the possibility of changing the way we talk about this in order to get people who are winnable, and that’s not to phrase it as gun control, we’re going to take away your guns. That’s to phrase it as gun regulation. Like, we have driving regulation, we have cars, and we regulate the cars. And there are all sorts of things you could do that are kind of like what we do with cars.”

He continued, “Like, we could raise the age limit at which you buy a gun. It’s — this kid was 18. You could raise it to 21. That would make a difference. Background checks, the red flag laws. If you see somebody in your orbit who is suicidal or something, you can go to law enforcement and make it impossible for them to get guns. There are a whole series of things. Somebody made the point — I think it was my colleague Nick Kristof — that if you — if I lose my phone, and you pick it up, it’s basically useless to you. Because you don’t have my code. Why can’t guns be like that?”

Brooks concluded, “And so, there [are] a whole series of things that can be done that are just normal, because we do them for cars.”