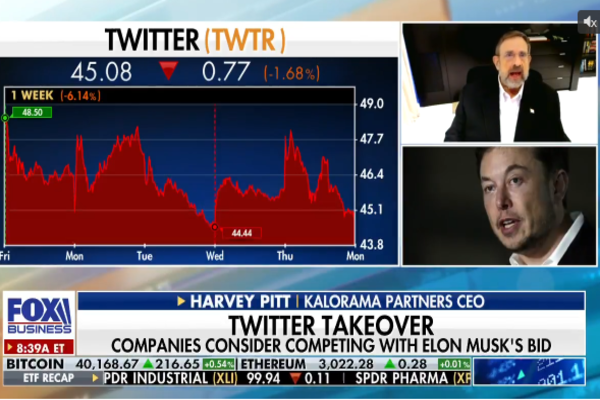 Pitt said the Biden administration “is pretty much guaranteed to oppose” Musk’s bid to buy the social media company.

“With respect to this bid, I think the real question is, is it real? If it is real, then I think that there is a serious argument to be made that this is something that the board will have to consider fairly,” Pitt advised. “My own view is that after Musk attacking the board, they will find all sorts of reasons to claim this bid and offer is not in the best interests of Twitter’s shareholders.”

He added, “[M]y concern is that this administration is pretty much guaranteed to oppose this kind of bid. The folks at the SEC are apolitical — at least their enforcement division is — and I would expect them to proceed in a more professional manner, but I think the danger that the government or Congress might intercede in order to prevent this takeover is a very real threat.”