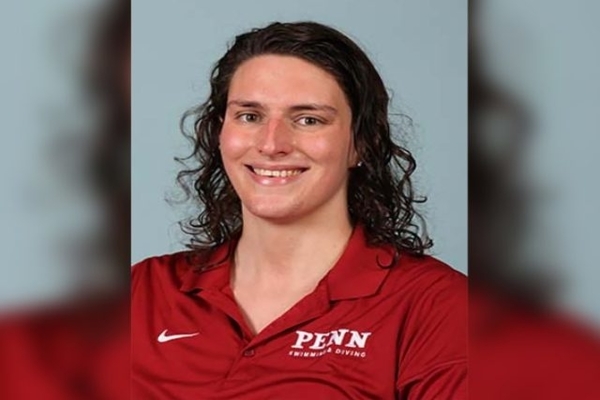 (breitbart) – It’s another day ending in ‘Y,” which means that transgender UPenn swimmer Lia Thomas must have broken another Ivy League women’s swimming record, and that is exactly what happened.

On Saturday, yet another female athlete who dedicated her life to her sport was unceremoniously erased from the record books as Lia Thomas, a man identifying as a woman, took first in the 100m race. That victory, his third of the meet, along with wins in the 200m and 500m, made for three first-place finishes.

All that winning made Thomas the High-Point Swimmer of the Meet by attaining the maximum 96 points.

According to the Washington Times:

Thomas also set five individual records at the women’s championships, including pool and meet records in the 100 on her way to edging Yale’s Iszac Henig, a female-to-male transgender swimmer who continues to swim on the women’s team.

In addition, Thomas was part of the winning team in the 400 relay, which set a pool record. The Penn team placed third behind Harvard and Yale at the championships hosted by Harvard at Blodgett Pool in Boston.

There was an opportunity for the NCAA to stop Thomas from running roughshod over the athletic accomplishments of women. Unfortunately, however, the collegiate sports governing body elected to go the cowardly route of allowing individual sports to determine their own rules regarding trans athletes such as Thomas. Instead of ruling decisively in favor of women’s rights by disallowing a male athlete in possession of obvious physical advantages from competing against women.

As a result, Thomas was allowed to compete in this year’s women’s championships because he underwent testosterone treatment for over a year.

Thomas competed on the men’s swimming team for three years before deciding he was a woman. During those three years, he was ranked a thoroughly unimpressive 462nd nationally. However, in his one year competing as a pretend woman, he is the #1 ranked swimmer in the nation and on his way to becoming the greatest NCAA women’s swimmer of all time.

With five individual records previously being held by females now forever erased (at least until a better male swimmer than Thomas comes along), Thomas has become one of the nation’s most powerful forces when it comes to marginalizing and oppressing the accomplishments of women.

Yet. instead of being enraged at the prospect of “women” being canceled from our culture, the UPenn swimming team posted a tweet celebrating their “achievement.”

Absent, at least in any initial reporting from the meets, are any reports of enraged parents or grandparents of the actual females in the event reacting angrily to seeing their daughters or granddaughters lapped by this aquatic patriarchy.

Apparently, this is all fine.

“Next for the Penn swimmer is the NCAA Division I women’s swimming championships on March 16-19 in Atlanta, where she is seen as a top contender,” the Washington Times reports.