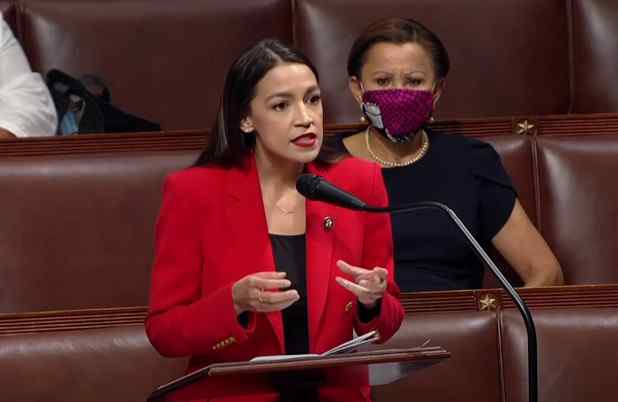 (Gateway Pundit) – Communist Rep. Alexandria Ocasio-Cortez (NY) lost it Thursday morning and dropped an F-bomb during a tirade on the House floor.

AOC this week claimed Rep Ted Yoho (R-FL) called her a “f*cking bitch” during an encounter on Capitol Hill.

A reporter claimed, without any evidence, that after Yoho and AOC had a heated exchange over the NY Rep’s claims that poverty was driving the recent violence in NYC, Yoho offered some parting words as he walked away and said, “f*cking bitch.”

No one caught this encounter on video.

Rep. Yoho denied he made the vulgar remark to AOC and told CNN in a statement that he actually said her policies are “bullshit.”

Rep. Yoho apologized for the heated exchange, however AOC won’t let it go.

AOC kept crying about it and the drama spilled into Thursday with F-bombs being dropped on the House floor.

This is what happens when a 29-year-old Communist bartender gets elected to the US House of Representatives.