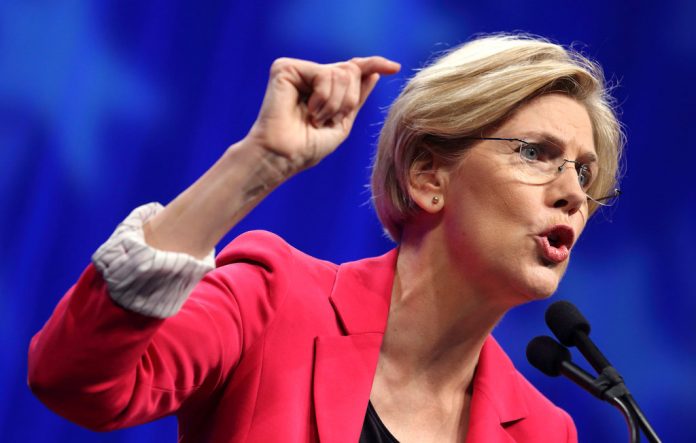 (Gateway Pundit) – Liz Warren told Morning Joe this past week that she is willing to ban construction of new homes if the home is not “carbon neutral.”

Does she even know what she’s talking about?

Liberal lunatics like Liz Warren, the former Harvard law professor, believe you can build a home in 2020 in that does not use coal, oil or gas for heating or cooling.

These people are truly nuts.

If your home isn’t carbon neutral, Elizabeth Warren might not let you build it. And if that means no new homes get built, she’s OK with that. In an appearance on MSNBC’s “Morning Joe” on Wednesday, the Massachusetts senator and fading presidential candidate talked about her Thunberg-lite plan to help end climate change. (Climate crisis? Catastrophe? What are we going with these days?) During her appearance, Warren was asked what she’d do to “change the tide of U.S. policy on the issue of climate change” and acted as if she’d been thrown the softball of all softballs. She promised “to do everything a president can do all by herself, that is, the things you don’t have to do by going to Congress.” This includes putting an end to energy mining and drilling on federal lands or offshore and “not having a coal lobbyist as head of the Environmental Protection Agency.”

Video: Warren: U.S. Will Build No New Houses or Buildings Unless Carbon Neutral in 2028

Flashback: Elizabeth Warren Now Accused Of Distorting The Truth About Her Family – By Her Own Brother

Does Elizabeth Warren ever tell the truth?

First she was caught in her decades long deception about being a Native American.

Now she is being called out by her own brother for distorting the truth about their father.

Elizabeth Warren’s Brother Reportedly ‘Furious’ She Claims Their Father Was a Janitor. Massachusetts Senator and Democratic presidential candidate Elizabeth Warren apparently angered her brother by claiming their father worked as a “janitor,” with a family friend saying that the characterization made David Herring “furious.” The Boston Globe published an article this week about Warren’s three older brothers that contained the detail — related by a family friend and not directly contradicted by Warren, who told the paper she didn’t know why the claim would anger her brother: “Families can also disagree on the details of a shared life. According to a family friend, David has disagreed with the way Warren calls herself the daughter of a janitor as she describes the work he found after losing a job as a salesman after his heart attack. “When she called her dad a janitor during the early stages of this, David was furious,” said Pamela Winblood, 78, a longtime friend of David who had fallen out with him and supports Warren’s presidential bid. “He said, ‘My Dad was never a janitor.’ I said, ‘Well, he was a maintenance man.’ ” (In an interview, Warren said she had no idea why that characterization would bother her brother; she has referred to their father as a “maintenance man” in her 2014 autobiography but often as a “janitor” on the campaign trail.)”

Her lying seems pathological at this point:

If her campaign wasn’t already toast, it certainly looks that way now.