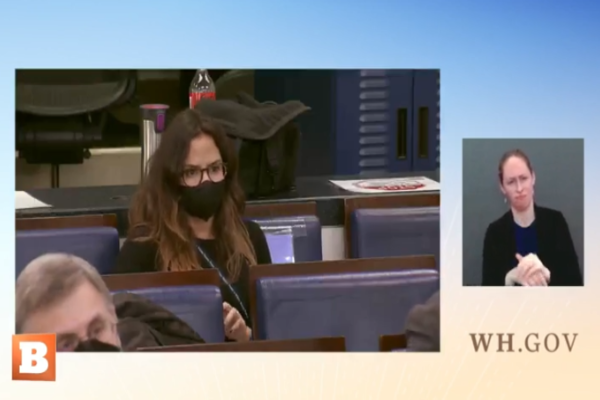 (breitbart) – A foreign journalist challenged White House press secretary Jen Psaki Thursday to explain whether “America is back,” given the Biden administration’s many foreign policy failures.

Biden has repeatedly used the phrase “America is back” to claim success in foreign policy, based on the partisan claim that President Donald Trump had withdrawn from the world, despite his diplomatic successes and the lack of war during his tenure.

Psaki cited Biden’s “engagements” with other governments and his work in “rebuilding our relationships” with allies, which were allegedly “frayed” by the prior administration.

Transcript via the White House:

Q And one more, Jen. Besides the crisis in Ukraine, this week alone, ISIS launched the biggest attack in Syria in years; beheaded a police officer in Iraq — in a video again. The U.N. chief said that Afghanistan is “hanging by a thread.” People are starving and freezing after the United States left the country.

So is this what American leadership or “America back” look like? Can you say this is a winning foreign policy?

MS. PSAKI: There was a lot wrapped up in that question. What is your question exactly?

Q I’m asking: We see things happening with ISIS that we haven’t seen in years, launching a big attack in Syria and Iraq. We see people in Afghanistan hungry, starving, freezing. And the United States — I’m asking — yesterday, you were asked a question, “What happened the last year after one year the President in office with foreign policy?” And you say, “America is back.”

So I want — my question is: Just yesterday, we saw so much happening the world. Is this what “America back” means?

MS. PSAKI: Well, ISIS has been a terrorist organization for many years through the course, before President Biden took office. They’ve been terrorizing people for many years. That is not new, as of the last year. And we have spoken out about that at every time when it has been appropriate to do exactly that.

And the fact that we’ve had more than 100 engagements with countries around the world at a range of levels and formats, as we look to the aggressive behavior of Russia, speaks to that — speaks to — it doesn’t happen by accident. That’s why we have a united front as we’re looking at the potential actions of President Putin.

So, I think that speaks to the work the President has done over the past year.

The journalist who asked the question appeared to be Raquel Krähenbühl of the mainstream Brazilian network Globo.