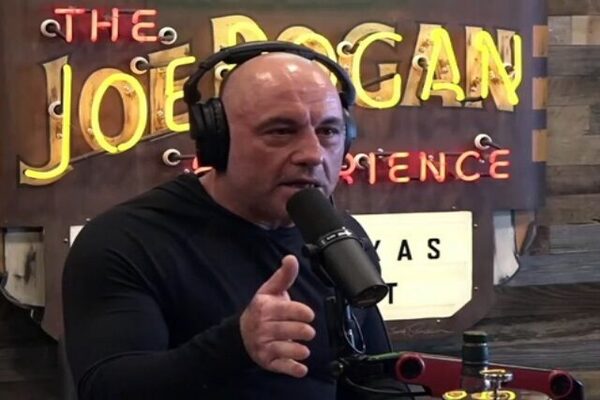 Rogan confronted the CEO of the satirical website over the idea that it is legitimate to pass a law that forces women to carry a baby to term if the pregnancy is a result of rape.

But Dillon was undeterred by Rogan’s extreme example.

Rogan went on to posit the typical “clump of cells” argument that if a woman aborts her fetus in hours or days or a few weeks, instead of waiting months, it is perfectly alright. But Dillon was not swayed.

“I just disagree that you can like, draw a line on when, like once life has begun, I don’t think you can draw a line…” on when it is life and when it isn’t, Dillon said.

“So, you think that once the conception happens,” Rogan said sarcastically, “there’s some sort of a miraculous event, like at the very moment” it is a human life.

But Dillon had the perfect retort to the cynical example and even turned it back on the host to show how illogical Rogan’s idea was.

“At some point, you’re going to have to say that a magic moment happens,” Dillon expertly parried, “because you believe that we eventually become valuable humans, right? Where’s the moment when you think the magic happens?”

Dillon also blasted people who say that a fetus is just a “clump of cells” and said that these people are pushing “harmful misinformation” about human life.

“What about calling that baby a ‘clump of cells’? I think that is harmful misinformation because then you’re encouraging people to kill it like it’s nothing when it’s actually a human life,” Dillon said.

Then he made his best point to devastate support for abortion.

“I think that abortion is healthcare the way that rape is lovemaking, if you want to use rape as an example,” Dillon exclaimed. “I think they’re opposites. And these are euphemisms that we use. You know, we use the world ‘healthcare,’ we’re talking about a procedure that ends an innocent human life and we’re calling it ‘healthcare’? That’s like calling rape lovemaking!”

Dillon’s logic made an impression on the initially belligerent Rogan, who replied, “And this is why it is such a human issue because I see what you’re saying.”

“Life is valuable, like YES, and people almost were the victims of abortion and they weren’t. They went on to become these amazing people, and we would have lost them,” Rogan says, with the logic of Dillon’s points dawning on him.

The encounter is likely the first time many of Rogan’s more liberal fans would ever have been exposed to a serious discussion of when human life begins. And that is why programs like Rogan’s are so crucial to society.

We have lost the opportunity to hear both sides of the issues Americans face today. The left-wing cancel culture has worked overtime to destroy any chance that Americans could be exposed to serious discussions and have quashed debate until only the far left is heard in the public square.

Listen to the whole episode with Rogan and Dillon at the Joe Rogan Experience podcast on Spotify.