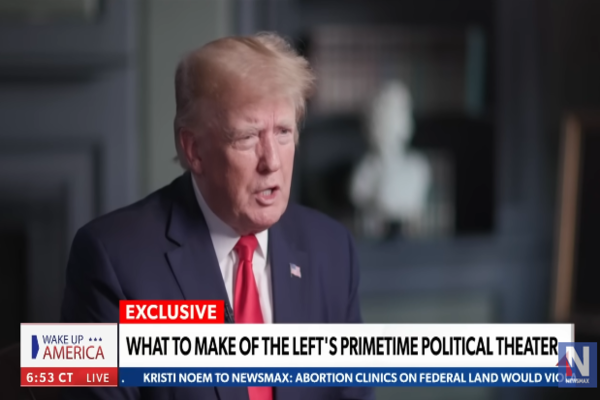 “This lady yesterday, is something wrong with her? Is there something wrong? She said I jumped from a car, and I started … strangling a Secret Service agent who I know very well? I grabbed the steering wheel of a car? [She] said I wanted guns at my rally? I didn’t want guns. I have to speak, too., and I don’t want guns for anybody.”

Trump pointed to the Secret Service refuting Hutchinson’s testimony about him attacking Bobby Engel and attempting to commandeer the presidential limousine.

“The woman is living in fantasy land,” he emphasized. “She’s a social climber — if you call that social. I think it’s just a shame that this is happening to this country, and we don’t have any Republicans up there to dispute it. We have one who quit, Kinzinger; we have another one who’s down by 35 points in Wyoming. She’s a total disaster. She’s a train wreck. But think of it — nobody to cross-examine.”

“I think [Hutchinson has] got serious problems, let me put it that way,” Trump added. “Mental problems.”