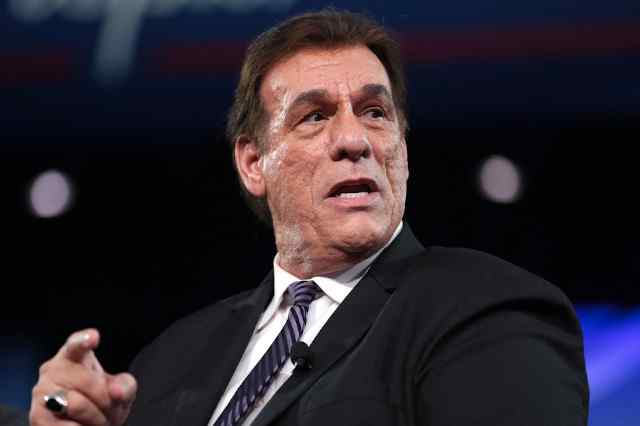 (Breitbart) – My dear fellow Americans. Actor Kevin Bacon recently said on The Tonight Show with Jimmy Fallon that “it’s a good time for old white guys like me to just shut up and listen.” While I understand his sentiment, I, for one, will not be quiet.

You see, Kevin, a lot of ole white guys like myself, clawed and struggled for where we are in life. If you mean Kevin, white guys that were given a huge leg up in life by having a father who was a major figure in Architecture — the great Edmund Bacon — or a mother who was a liberal activist, then I understand. You see, Kevin, many were not born with the white privilege you grew up with. And I for one wish to speak out.

The pomposity I see among so many of the privileged Hollywood community, where many make in a week what takes others five lifetimes, is nauseating. It seems almost a desperate attempt to make sure they are perceived as part of this movement that is using the emotions of our youth to topple the nation. Do you really believe that all the young people in America know the truth, Kevin? While many are well-meaning, they are being used Kevin and they still need guidance.

I see too many people being sucked into a leftist vortex that has been orchestrated by powerful forces that wish harm to the country that has given us so much. You see, Kevin, I will speak out for better ways law enforcement can engage with people. I will speak out about how America’s youth has been indoctrinated by a corrupt culture and education system that has neglected to teach the true greatness of America but instead peddles Marxist cultural propaganda.

I have six children, much like your mom and dad, Kevin, and I have seen in several decades the chipping away at the values that made this country great. I, for one Kevin, will speak out against the dangers from the lack of assimilation we see from far too many in our immigrant population today. I will speak out about Ilan Omar, who has spit on this nation while being a member of Congress, who swore to protect and defend the nation she adopts as her own.

I will speak out Kevin against the globalist cabal that will not free humanity but enslave it. I will speak out about the Democratic Party, a political party that has ruined every city they are in power in. This destruction has occurred while all you bleeding hearts in Hollywood continue to bump fists over how great the party is. I will speak out against that hypocrisy, Kevin.

What if all of Hollywood gave up their wealth and became a member of the proletariat? What if you and your lovely wife said, “I am not worth more than a teacher’s salary or say a Starbucks barista. I mean, they provide daily joy, don’t they?”

I will speak out against the killing of every George Floyd. I will speak out against the canceling of culture and American history, which, if taken to its full extreme, would have more far-reaching consequences than you ever imagined. I will speak out, Kevin, against innocent unborn babies being aborted. This atrocity goes against nature, does it not Kevin? I mean, how can the Left condone abortion as a form of birth control? If black lives matter, do the leaders of that organization not realize that Margret Sanger is the woman who advocated abortion so as to control the black American birthrate?

It’s unAmerican for Kevin Bacon to demand “old white guys” or any American to keep their mouths shut. Political correctness has stabled our mouths shut for far too long. I will speak out against all the agitprop that is used to separate us as human beings.

Lastly, Kevin, since you made this about race, I will leave you and all who want to continue to fuel those hateful flames with this message from this wise young man, an angel. One Marky Jaquez, whom we all can learn something from.