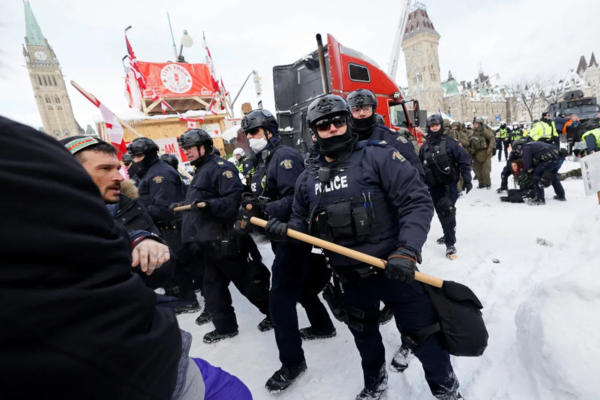 (breitbart) – Police in Toronto, Canada, asked members of the public to help them find a “woman” with short hair, heavy facial hair, and a strong jawline on Thursday.

“She is described as 5’10″, with a thin build, shaggy blonde hair, and a full goatee. She was last seen wearing a black t-shirt and grey pants,” read a Toronto Police Service news release asking the public to help officers locate the “missing woman”, named as Isobella Degrace.

The news release attracted thousands of responses on social media, with many users expressing scepticism of Degrace’s sex/gender.

“Beyond parody,” commented the popular conservative account Libs of TikTok.

“Missing dog. Please help,” joked another user, sharing a picture of an animal very much resembling a cat.

“Hope she’s got her pronoun badge from [Halifax Bank] on,” quipped British commentator Sophie Corcoran, in reference to the Lloyds Banking Group subsidiary which recently introduced pronoun badges for staff and sneered that customers were “welcome to close your account” if they preferred their banking services without woke ideology.
On a more practical note, another user admonished Toronto Police that “[t]he most important thing you can give to help find someone is an accurate description. But perhaps actually finding this man is less important to you than bowing to latest woke fad?”

Breitbart London has approached Toronto Police for a comment.