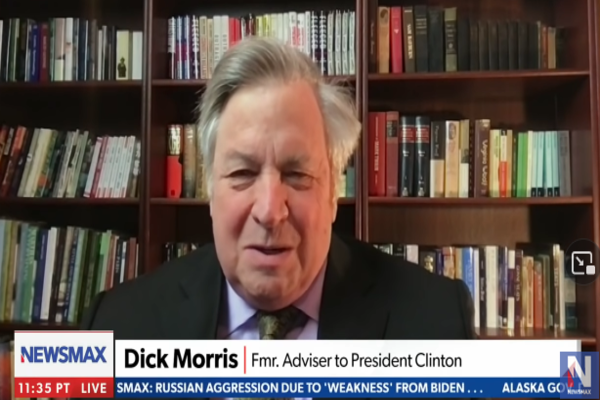 Morris said Sen. Cory Booker (D-NJ) and current Transportation Secretary Pete Buttigieg would also be among those competing for the party’s nod.

“I’ve always said that the way you could tell if Hillary is running again is check whether she has a pulse or not — and if she does, most likely she’s running,” he said. “But lately, there have been very significant signs that indicate that she is, in fact, planning to run. She gave an interview earlier this week with MSNBC where she talked about, quote, ‘We have to think clearly and be clear-eyed about what it will take to win the House and the Senate. And she then proceeded to basically blame [Rep. Alexandria Ocasio-Cortez] and the progressives for policies that she said could endanger the Democratic majorities.”

“It’s kind of hard to see candidates during the blame game for an election that hasn’t happened yet,” Dick Morris continued. “She was, and then, interestingly, the reply came from AOC, who said we need to enact the … Build Back Better program, and then unless we do, so we’re going to lose the midterm elections. So you have dueling views from the center, and the left about what’s going to happen. What’s going to cause the collapse of the party, even though it hasn’t happened yet. I think that’s presaging a campaign. I think Hillary’s message will be after the wipeout that will happen next year. They’re going to blame each other, and AOC will use that to challenge the leadership and say she should run. And I think that Hillary is going to use that — to say that we need to sane, more moderate approach in order to win. And I think it will set up a conflict between Hillary and AOC for the democratic nomination. There will be two other candidates. The blacks will have one, probably Cory Booker, and the establishment, probably Pete Buttigieg, and I see a four-way race coming.”