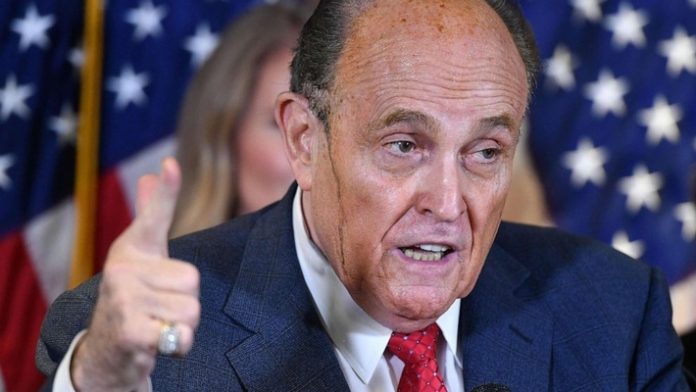 (breitbart) – Rudy Giuliani, President Trump’s personal attorney, said Friday on Newsmax TV’s “Stinchfield” that the president’s legal team will continue filing lawsuits even after the Supreme Court dismissed a lawsuit by Texas, which was backed by 17 other states and 126 House Republicans, to overturn the election results in four swing states.

Giuliani said, “The case wasn’t rejected on the merits, the case was rejected on standing. So the answer to that is to bring the case now to the district court by the president, by some of the electors, alleging some of the same facts where there would be standing and therefore get a hearing.”

Host Grant Stinchfield said, “Mr. Mayor, I know you talked to the president just after this ruling came down. What’s his reaction, and how’s he doing through all this.”

Giuliani said, “The president’s reaction is to look at other options. I mean, we always knew that this was an option, that we would have to convert this into — in fact, originally, we thought about this as possibly four or five separate cases. So that is the option we are going to have to go to. There’s nothing that prevents us from filing these cases immediately in the district court in which the president, of course, would have standing, some of the electors would have standing in that their constitutional rights have been violated.”

He added, “We’re not finished. Believe me.”