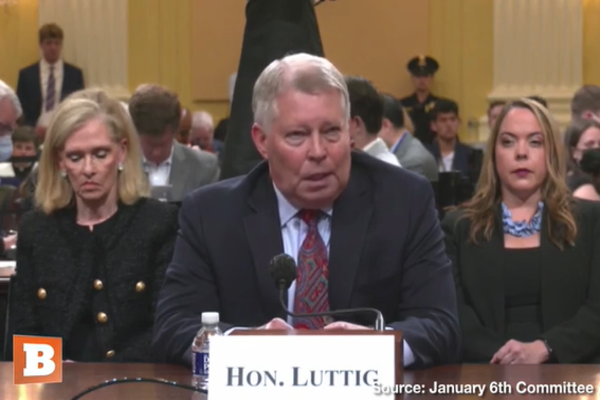 (breitbart) – The January 6 Committee hearings backfired on Thursday when a key witness against former President Donald Trump noted that Democrats, including Rep. Jamie Raskin (D-MD), had attempted to block the certification of past election results.

Retired U.S. Judge J. Michael Luttig, a former appellate judge on the Fourth Circuit, and a respected conservative voice, was one of several legal experts who testified on the third day of public hearings.

The goal of the hearing was to argue that Trump had pressured then-Vice President Mike Pence to follow what they considered an constitutional path of refusing to certify the Electoral College vote from several states, sending the vote back to the state legislatures for further consideration.

But one witness, Greg Jacob, a former counsel to Pence, testified that the relevant phrase in the 12th Amendment was “inartfully worded,” which suggested room for Trump’s unusual interpretation and that of his legal adviser, John Eastman.

Luttig disagreed with Jacob, saying the 12th Amendment was clear. But he added that the precedent that Trump and Eastman had used was “historical,” not legal, because Democrats, including Raskin, had objected to past elections on the same basis.

“That was the centerpiece of the plan to overturn the 2020 election. It was the historical precedent, in the years, and with the vice presidents, I named, as Congressman Raskin understands well.”

Luttig also declined to take the bait when presented with evidence that Eastman had once argued against his own position. (Lawyers often make opposing arguments in different circumstances, and must often argue against their own past or personal views if a client wishes to pursue a case.)

Rep. Pete Aguilar (D-CA) then tried to defend of Democrats’ past actions by pointing out that Vice President Al Gore never claimed the power to declare himself the winner in 2000. But nor did Trump and his team; they wanted the states to decide.