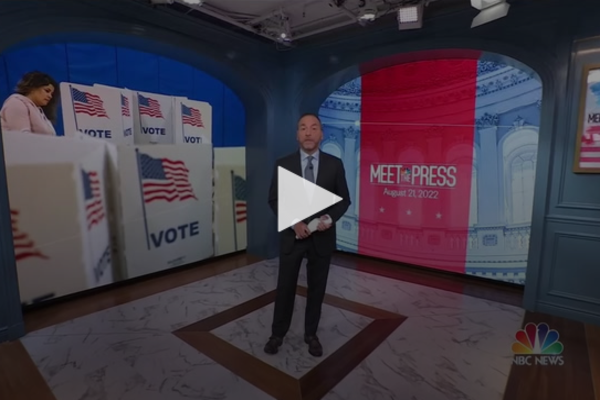 (breitbart) – NBC anchor Chuck Todd said Sunday on “Meet the Press” that a new NBC News poll finds “Americans are angry” with a graphic showing 74% of those polled say the country is on the wrong track.

Todd said, “We are less than three months before the Midterms and our brand new NBC News poll paints a pretty bleak picture. Americans are angry. They are disappointed, and they are worried about the future of this country.”

He continued, “Just 21% of adults say we are headed in the right direction. Once again three out of four Out of 4 Americans say we are on the wrong track. In fact, this number never before in this poll has this wrong track number been over 70% for this long. It’s been nearly a year now. 58% say America’s best years are behind us. That’s an all-time high in our polls.”

Todd added, “So what is behind this rise in pessimism about our country’s future? Well, it starts with this., Americans don’t like either party and they don’t like anyone in power. Take a look at this, both parties are very unpopular, one slightly over the other. It is a similar story with the both current and former presidents. The former president’s negative rising a bit faster than we have seen since our last poll.”