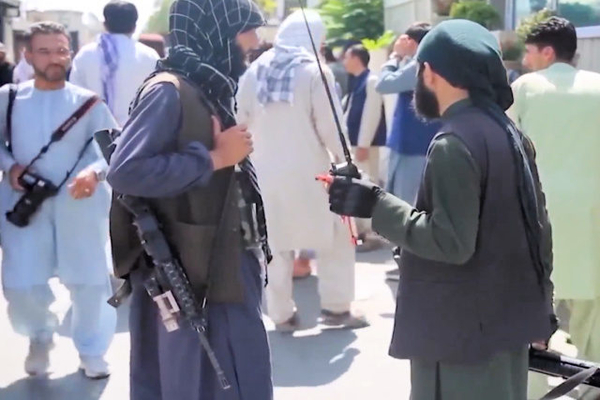 (breitbart) – The Defense Department has confirmed that Afghans evacuated from Afghanistan, and applying for visas to the United States, will be sent to U.S. military bases in Texas, Wisconsin, and Virginia.

For days, reports had circulated that the roughly 22,000 Afghans that President Joe Biden’s administration plans to bring to the U.S. would first be sent to military bases in a number of states.

On Tuesday, Defense Department official Gary Reed confirmed to the Texas Tribune that the thousands of Afghans applying for visas will be sent to Fort Bliss in El Paso, Texas, and Fort McCoy in Monroe County, Wisconsin, in addition to Fort Lee in Prince George County, Virginia.

“There may be other sites identified if services are needed, additional capacity is needed,” Reed said and suggested the administration “can expand if we need to” the number of Afghans being resettled in the U.S. above the 22,000 estimate.

The Afghans will temporarily stay at the three military bases, as they apply for Special Immigrant Visas (SIVs), P-1 visas, and P-2 visas, before eventually being resettled in American communities.

Nine refugee contractors — who have a vested interest in ensuring as many refugees are resettled across the U.S. as possible because their annual federally-funded budgets are contingent on the number of refugees they resettle — will help resettle Afghans.

To aid with resettlement, Biden authorized an additional $500 million to be used to bring refugees to the U.S. This funding adds to the billions of American taxpayer dollars that go towards resettling refugees across the nation.

Many of the refugee contractors are already soliciting donations to help resettle the thousands of Afghans set to arrive in the coming days and weeks. LIRS, for example, is currently asking for donations in their work in resettling Afghans in the Washington, D.C., Maryland, and Virginia metro area.

Likewise, CWS has set up a donation page.

“CWS resettlement offices and affiliates welcome these Afghan families when they arrive in the United States, providing housing, employment, and other social services so that they can thrive in their new communities,” the CWS donation page reads.

Over the last 20 years, nearly a million refugees have been resettled in the nation — more than double that of residents living in Miami, Florida, and would be the equivalent of annually adding the population of Pensacola, Florida.

Refugee resettlement costs American taxpayers nearly $9 billion every five years, according to research, and each refugee costs taxpayers about $133,000 over the course of their lifetime. Within five years, an estimated 16 percent of all refugees admitted will need housing assistance paid for by taxpayers.