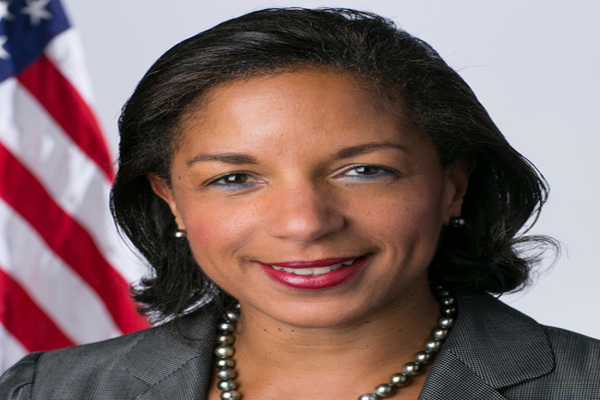 (breitbart) – Deep State types such as Susan Rice are likely behind the FBI’s raid of former President Trump’s Mar-a-Lago home, Carl Paladino, a Republican upstate New York businessman who is running for Congress in New York’s 23rd Congressional District, told Breitbart News Saturday. He contended that it would have to be someone other than President Biden, who “isn’t there” but, rather, is vacationing “all the time.”

“RINOs” do not want change in Washington, DC, Paladino said as he described the current Republican Caucus in the House as a “disaster,” pointing to the Trump era as an example of how to get things done.

“People admired him [Trump] for that tenacity,” going after the system every day, Paladino said, particularly “fighting the Washington swamp.”

“[If] he had another term, [he] would be able to do wonderful things for this country,” the candidate said, explaining that he, too, hopes to bring that sort of leadership to the nation’s capital. However, there are currently so many distractions, he continued, pointing to the FBI’s shocking raid of Mar-a-Lago.

“We got all these headaches. We got Mar-a-Lago. We got all these distractions, which are, which are just planted there. It seems like it’s all been pre-planned in some respect,” he said, explaining that leadership is nowhere to be found. What is more, Paladino said, individuals such as Susan Rice, director of the United States Domestic Policy Council, are likely pulling the strings behind the scenes.

“They’re out there really wanting an illegitimate government because Biden is just not around. I mean, is not only physically, but mentally. I don’t think he’s around. He’s not engaged,” he said, blasting the “couple of unelected people who are running government.” He even pointed to former President Barack Obama, who is “still very active in our, in our government” and “works through people like [Ron] Klain and Susan Rice, all of whom come from the [George] Soros world.”

Host and Breitbart News Washington Bureau Chief Matthew Boyle noted that Rice is friends with Lisa Monaco, who is the deputy attorney general.

“And the deputy attorney general oftentimes runs to the real show of the day to day,” he explained as Paladino asserted that the American people have suspicions of her potential involvement in the unprecedented raid.

“The American people don’t have one doubt about that. I mean, there’s no question that [Attorney General Merrick] Garland is not capable. They got him there as a front. He was going to take the pins and needles and suffer through his term. Somebody else is running,” he said, expressing confidence that Rice is controlling it to some degree “because certainly, Biden isn’t there.”

“He’s on vacation all the time,” he said, referring to the raid as utter “nonsense.”

“It’s just pure idiocy to believe that these people have gone this far,” he said, adding that there is “no reason to exercise the Gestapo tactics of Garland here – Garland, [Ron] Klain, and Susan Rice. There’s no question that Klain [and] Susan Rice would” be involved, he added.

That “sends a long message out to the American people about the administration,” Paladino said, predicting a red wave in the midterm election which will allow Republicans to “form a good core of people interested in providing the government that our forefathers envisioned.”

“This is a great illustration of the type of effort that we have to put some kind of reins on the executive branch, holding them back from performing another act like what they did with Mar-a-Lago,” he said, promising that he will remain vocal on these issues if he is elected to Congress.