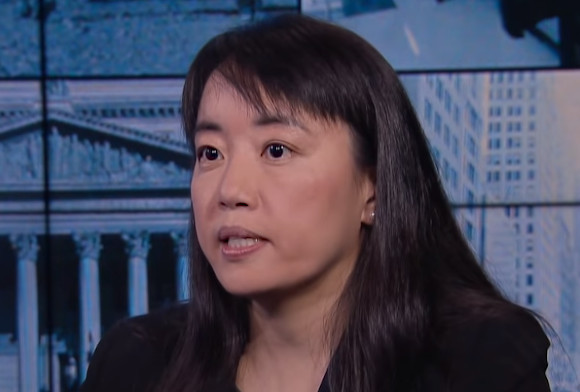 (Gateway Pundit) – A Yale psychiatrist named Bandy Lee has repeatedly claimed that Trump is mentally unfit for office. Democrats in Congress have even had official meetings with her.

This woman has never even met Trump, but she feels perfectly fine offering her diagnosis, in a clear ethical violation of her profession.

Now that Joe Biden has become an increasing cause for concern, due to his aging mind, Bandy Lee refuses to offer a diagnosis of Biden.

Brandy X. Lee, one of the mental health professionals who has been very vocal about Trump’s unfitness for office, explained why a declination to diagnose Biden is in keeping with professional standards. I do not diagnose without examination and do not speak about public figures in general, unless there is evidence of such profound danger to public health and well-being because of serious signs of mental instability in a public servant, that it would be a public disservice not to share the knowledge and training that I have. Biden has not risen to this threshold…

I never spoke up about a president or a presidential candidate either before or after Donald Trump, and neither have thousands of mental health professionals who have come forth with similar concerns in ways that are unprecedented in U.S. history, for any president of any party. I only speak up when there is a medical need of such great magnitude as to risk the survival of the human species. This is definitively Donald Trump, not Biden. Nor is it Bernie Sanders, Hillary Clinton, or any other false equivalences people wish to create for political purposes.

Yale psychiatrist: Trump is “putting lives at risk” with coronavirus; Pence is “enabling” him. President Trump’s preoccupation with his own image amid the spread of the coronavirus is “putting lives at risk” and Vice President Pence is only “enabling” him, Yale psychiatrist Dr. Bandy X. Lee told Salon in an interview this week. Lee is a forensic psychiatrist at the Yale School of Medicine who also teaches at Yale Law School and has spent the last three years urging Congress to respond more forcefully to the dangers posed by what she sees as the president’s deteriorating mental health. Lee, who consults widely with state and foreign governments on public health approaches to violence prevention, urged the House Judiciary Committee to include a panel of mental health experts during Trump’s impeachment and called for House Speaker Nancy Pelosi to request an involuntary 72-hour psychiatric hold of the president.